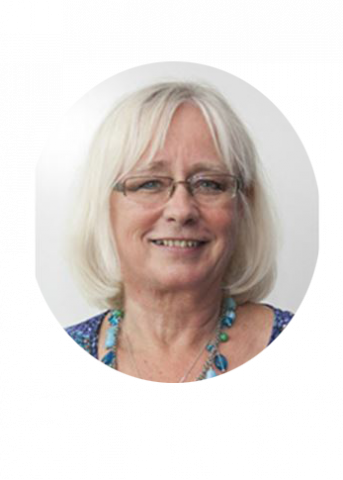 Ruth Pickersgill is a Bristol City Councillor, representing the inner-city ward of Easton, chairing the Public Safety Committee and leading on a number of refugee-related initiatives. She has had a long involvement in the refugee sector as a trustee on two other Boards, and through her work in education and equalities, focussing on raising the achievement of BAME young people and English as an Additional Language. Prior to retirement, Ruth held a number of senior leadership roles in education-most recently as Assistant Principal in St Brendan’s College and previously Student Services Manager in Leicester College and Equalities Manager for the Bristol Education Dept.

After gaining a History Degree at University College London and a PGCE, Ruth’s career began as a teacher in London. She then worked in community development and became CEO of two disabled people’s organisations in London and Bristol. She has been a member of many Boards and has previously chaired Bristol Refugee Rights and Leicester Centre for inclusive Living. She is also Chair of Governors at a local secondary school and is actively involved in a range of education and safeguarding related committees.  From being the first Equal Opportunities Officer for Avon Council in 1988, all her professional roles have focussed on equality, diversity and inclusion, and she was awarded an MBE for this area of work in FE in 2010.