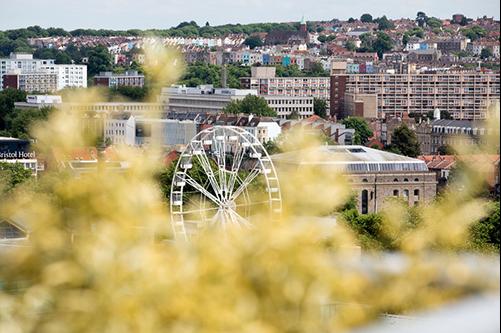 University researchers on the 'Everyday Integration' project, funded by the Economic and Social Research Council (ESRC), will work with Bristol City Council and 29 community partners to identify existing best-practice and better understand how to overcome the various barriers people currently face.

Bristol - known as a city of villages - suffers from a variety of spatial, social, cultural, civic, and economic divisions which often lead to poor integration and inequality.

Rather than just focusing on how immigrants and different ethnic minorities integrate, the project takes a much wider view and doesn’t single out any one population.

Researchers will look specifically at how people move around the city and share spaces; their experiences of precarious work and consequences for integration; where and how citizens engage with decision-making forums; and how Bristolians learn about and interact with people from different backgrounds, communities and lifestyles.

Public transport links have already been identified as a barrier to integration, with journey times from Lawrence Weston to the city centre taking over an hour due to the bus route heading north to Avonmouth before circling back to the city centre.

Part of the research will include flash focus groups with people on buses and collecting data via GPS logs to show how people move across the city. There will also be interviews with Uber drivers to understand the impact of precarious labour.

Starting on 1 October, the two-year project is the first its kind in the UK and will ultimately lead to a co-produced 'Integration Strategy' for Bristol and an 'Integration Toolkit' which can be used by cities across the UK.

Professor Jon Fox, from the University of Bristol's School of Sociology, Politics and International Studies, is leading the project.

He said: "We view integration as a process involving everyone, not just immigrants and ethnic minorities. Integration is about making it possible for everyone to come together.

"This project is an attempt to shift debate on integration from its top-down immigrant focus to a more inclusive local bottom-up approach – one which brings people together in the routine contexts of their everyday lives.

"Bristol is an ideal place to look at how integration works or doesn’t work for its residents. Its ethnically diverse population contributes to its civic, political, economic and cultural life.

"We hope to learn more about existing best practice, as well as the barriers faced by some of its citizens, in order to ultimately establish a strategy to improve integration in Bristol and other cities across the UK."

Marvin Rees, Mayor of Bristol, said: "We all know that Bristol is an amazing place to live, but also a city that struggles with inequality and division. Bridging those divides is at the heart of our One City approach.

"So I am delighted that, following two years of work with the University of Bristol and partners across the city on how best to tackle integration, this project will take an innovative approach to how integration works in Bristol.

"By completely rethinking integration and looking at it through the lens of routine interaction and exchange in everyone’s everyday life– rather than just focusing on immigrants or minorities – we can develop a different approach to integration which gets to the heart of our challenges and helps us take practical steps towards our vision of Bristol as a city of hope where nobody is left behind."

ACH CEO, Fuad Mahamed, added that "ACH are pleased to be part of this research into refugee integration, an area we have significant expertise in".

The University of Bristol will be working with the Mayor's Office at Bristol City Council, four core city partners (ACH, Black South West Network, Up Our Street and Voscur), as well as a wider group of 25 community partners. 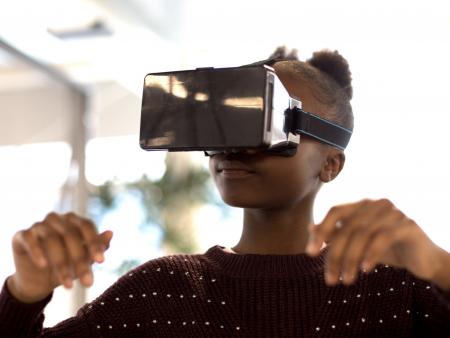 Wednesday 10th July 2019
A new £100m institute, based in the centre of Bristol, is set to transform the way we create, utilise and evaluate new digital technologies to benefit our society now and in the future. ACH is committed to support the development of the Bristol Digital Futures Institute and is pleased to be a partnership member of it.
Read more 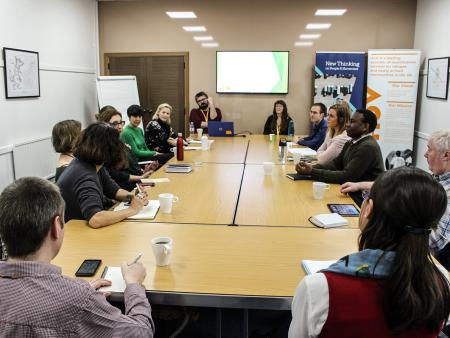 Language as a component of integration

Monday 29th April 2019
On 16th April, ACH and Migration Mobilities Bristol (MMB, University of Bristol) hosted the third of our joint workshops, this time on the topic of Language. Tom Dixon, Senior Project Officer and Rachel Sharp, Support and Integration Team Leader presented from ACH and Pier-Luc Dupont from MMB. The audience was made of academics from various universities across the South West and Wales.
Read more 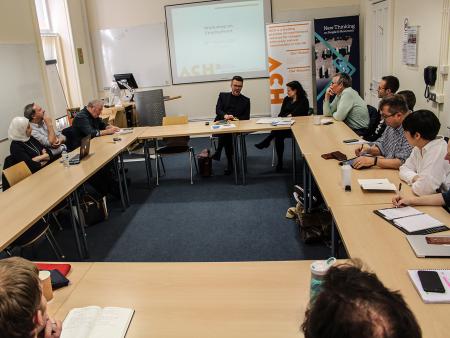 Thursday 4th April 2019
Employment and economic opportunity were the topics of the latest ACH / Himilo and MMB (Migration Mobilities Bristol) collaborative workshop on topics relevant to refugees and migrants. This was held on 26th March at the University of Bristol.
Read more