A Day in the Life of... Emma, ACH Support Team

A Day in the Life of... Emma, ACH Support Team

Ever wondered what we do on a daily basis?

In this series, we take a look at a 'A Day in the Life of...' of one of our incredible members of staff, to share an insight into their role and appreciate the work they are doing to provide integration support, help people overcome obstacles and work to reshape narratives surrounding refugee integration.

Read more about the incredible work our Support Team does on a daily basis...

It’s Friday morning, and my day begins unusually early at 8am as I call the GP on behalf of one of our tenants. He has issues around insomnia, so would struggle to wake up early enough to book himself an appointment. I spent the next 30 minutes going through my morning routine and take the time to clear my head by walking slowly into work.

By 9am I am at my desk, already finishing my second cup of coffee of the morning and going through the e-mails I didn’t get a chance to go through yesterday. I am mentally preparing myself for the appointment heavy day I have scheduled with our tenants.

My first appointment of the day walks into the office on time at 9:30am. He has had trouble with his application to become a security guard, so we called up the SIA to chase up the progress of his application as it was taking longer than expected. As it often happens, we end up dealing with more than one problem in an appointment. We discussed the progress of his family reunion, as he’d put in an application to bring his wife over having been separated for nearly three years.

At 10:30am another one of our tenants shares the news his wife had a child. Due to delays and problems with their universal credit, they have not received any income for the past two months, so I referred them on to a local charity that can provide them with baby related items.

I begin to feel a sense of Déjà vu, as immediately after a tenant comes in with problems with his universal credit. He’s discovered that his universal credit claim got shutdown, and I take some time to explain to him why it was shutdown, to make sure it doesn’t happen again.  I then helped him set up a new claim, along with a bank account but encountered a familiar difficulty. Some of our tenants struggle to open a bank account, even with their refugee status. This is due to political and economic sanctions between the UK and their native country which results in problems setting up an initial bank account. There isn’t much to do except call the bank and book another appointment with this tenant. This took me right up to lunch time, giving me a chance to breathe and recompose.

Straight after lunch I had another scheduled appointment with a tenant. He is having trouble with a previous employer who has reported to a governmental body that he is still working for him when he is not. In response to this claim, it is up to us to collect evidence to prove his claim is false. However, the employer is refusing to issue us with the documents that we require to prove our tenant’s innocence, making the process more complicated. We book an appointment for the following week to attempt to resolve the problem.

Immediately after at 3:00pm, I had an unscheduled appointment with a tenant. He walked into the office with an urgent matter, and although we’ve put in a new policy to stop seeing walk-in appointments, I didn’t want to turn him away so I sat with him to see how I could help. He came in on behalf of his wife who was waiting to give birth, but due to complications with their universal credit claims, caused by their living situation, her claim was closed. But I didn’t have time to resolve the matter in this session, as my next appointment was already waiting.

At 3:30pm, my final appointment was a move-on action plan and homelessness referral. It sounds serious, but it’s in fact in response to some good news.  A tenant has had a successful family reunion, and with his family coming over is no longer eligible for our single occupancy accompany. However, this could all soon change as we hope to expand and house families as well as individuals.

By 4:45pm, the appointment was finished, and I had no new appointments scheduled for the day. I wrote up the events of the day, completed referral forms and contacted relevant agencies for my tenants. I continued doing some admin related work and finished up my day at 5:30pm. 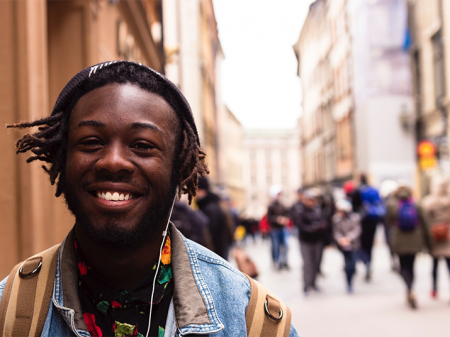 The SEESI Project: Our 'Train the Trainers' Course

Our innovative SEESI project, run with partners, aims to rethink the way we ‘do integration’, and interrogates traditional ways of thinking integration practice. 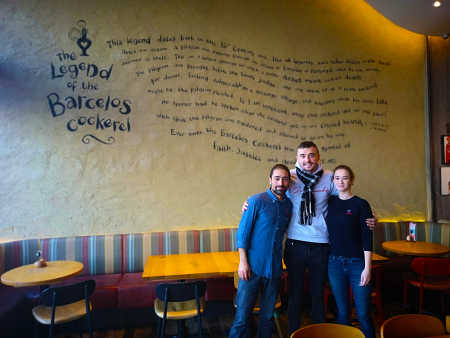 Through our training subsidiary Himilo, we build partnerships with companies looking to diversify their hiring proce 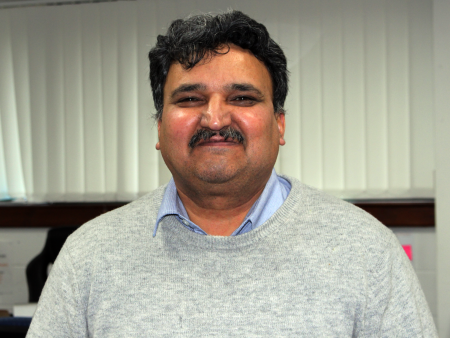 What did you do before coming to ACH?

I was working as Employability Tutor for Dimensions Training Solutions (DTS).