In June, the Home Office announced a new Nationality and Borders Bill, a new piece of legislation on asylum in the UK.

We are concerned that this bill will threaten the right to seek asylum, a right enshrined in international law for 70 years.

At ACH, we work against the harmful portrayal of people with refugee status in our society, redefining the ways in which refugees access support, training, and education. This bill threatens people seeking sanctuary and their ability to live ambitious and sustainable lives, a right every human being should be entitled to.

Text
Under international law, every single person has the right to apply for asylum in any country that has signed the 1951 Refugee Convention, of which the UK is a signatory. To put in place punitive measure on people fleeing violence and persecution under chaotic conditions is unjust and dangerous, and undermines the sanctity of all our human rights.

The Nationality and Borders Bill is a threat to the right to seek asylum enshrined in the 1951 Refugee Convention, and is a very concerning piece of legislation. It will criminalise ‘irregular’ asylum routes, whilst failing to provide safe and legal routes. Seeking asylum is a human right, and this bill threatens that right.

Under this new legislation, people arriving via ‘irregular’ routes could have:

We think this is unfair and ineffective, and it will create a discriminatory two-tier asylum system that will harm the most marginal (particularly women and children). Longer waiting times for people in the asylum system will lead to an increase in mental health challenges, increased risk of destitution and skills wastage. At the moment, 76% of all people seeking asylum wait longer than six months for a decision. This percentage is already too high, leaving people in limbo for far too long (Lift the Ban, 2020).

Discriminating between a ‘good’ refugee and a ‘bad’ refugee promotes the use of dehumanising language, leading to a proliferation of negative stereotypes. Those seeking asylum are people fleeing persecution and violence, and deserve to be treated with fairness, empathy and consideration.

Subjecting a person to No Recourse to Public Funds increases their risk of destitution. Under No Recourse to Public Funds, refugees will not be able to access vital social security services such as housing benefit, disability living allowance, child benefit, income-based jobseekers allowance and universal credit. This will inevitably cause homelessness, destitution and more pressure on public services.

Restricting the family reunion route will affect an estimated 3,500 people a year, of whom 90% are women and children. Currently, it is often men who take irregular and dangerous routes to the UK to seek asylum, not wanting to risk more vulnerable family members. In practice, this means more vulnerable asylum seekers could be at risk from people smuggling gangs or from homelessness and destitution.

Within the Nationality and Borders Bill, there is currently no declaration about a new resettlement scheme. This is concerning, as the government seeks to reduce the number of spontaneous arrivals, it should formally pledge to resettle more individuals through a resettlement scheme.

In 2019, we welcomed the announcement of the UK Resettlement Scheme (sometimes known as the Global Resettlement Scheme), which pledged to build upon the previous Vulnerable Persons Resettlement Scheme to resettle 5,000 people in its first year whilst increasing the geographical reach of the scheme. This new scheme, however, was not enacted in 2020 due in part to the coronavirus pandemic. In 2020, only 823 people were resettled to the UK, and although this was a result of the pandemic, we have not seen any renewed pledges for a refugee resettlement scheme, in addition to the Afghanistan Citizen’s Resettlement Scheme announced in August 2021.

Even if the Home Office renews and expands a resettlement scheme, there will be people who fall through the gaps, making the system unfair. The nature of seeking asylum means there will always be people who have to flee spontaneously, with no strategic plan. Correspondingly, it is unfair to expect people to know the UK asylum process and law before they are forced to flee, perhaps unexpectedly. The nature of asylum is often spontaneous, and the Bill needs to do more to consider this. There is a widespread consensus amongst refugee organisations and MPs that safe and legal routes are the best way to help people seeking asylum.

Worryingly, the proposals also open up the possibility for the UK to implement offshore processing, similar to those set up by the Australian government at Nauru and Manus Island. This is an inhumane way to treat people seeking asylum, who have committed no crime, but are often subject to long periods of detention.

Under international law, every single person has the right to apply for asylum in any country that has signed the 1951 Refugee Convention, of which the UK is a signatory. To put in place punitive measure on people fleeing violence and persecution under chaotic conditions is unjust and dangerous, and undermines the sanctity of all our human rights.

What can I do to oppose the bill?

Write to your MP: 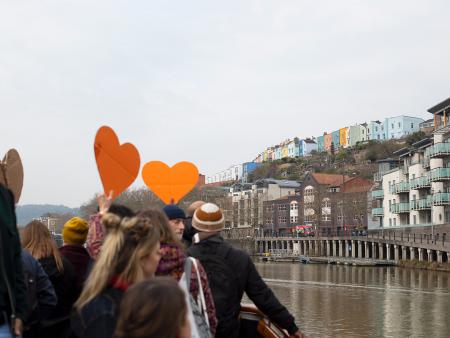 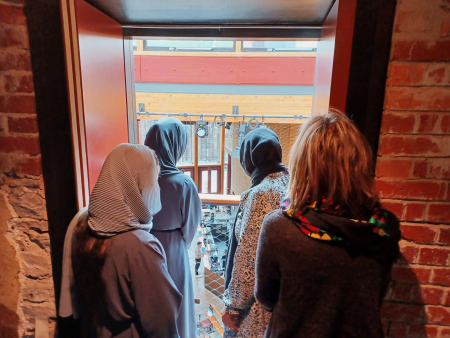 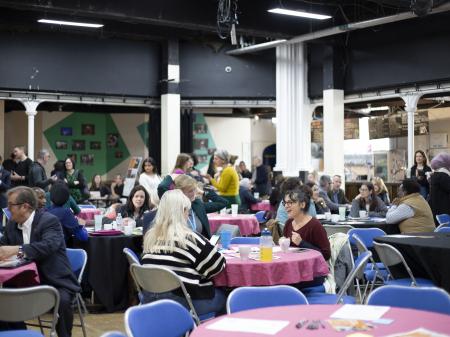 The launch of 'From Sanctuary to Opportunity'

Thursday 7th April 2022
The From Sanctuary to Opportunity report, examines local and regional policy effects on refugees and identifies opportunities for positive change for better work and lives.
Read more